Medical Whiteboard Animations – the leaflet for the 21st century

Strokes Explained in an Animated Video

Some years ago three very experienced “junior doctors” realised that there were several medical conditions that were not understood by many patients and members of the public. The term ‘Stroke’ was predominant. They decided to produce an explanatory video and chose whiteboard animation. They raised the initial funding themselves and gave me a call.

The Stroke Video was born

They asked us to produce an animated whiteboard video to explain what a stroke is and the two types. The animation shows how a stroke is caused, and how to recognise the symptoms using the acronym FAST. Emphasis was put on the need for quick action because the result of a stroke can be disabling and even fatal. 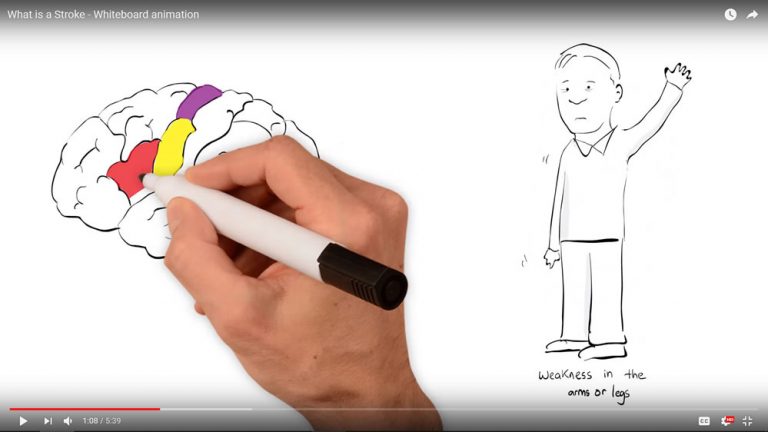 The Results from the Stroke Video

The aim was to produce a patient information ‘leaflet’ for the 21st century. Something that could be posted and seen on social media sites. As such it was very successful in achieving it’s objective; so much so that a small independent TV production company in Stornoway saw it and asked if they could use the video on a BBC health education programme for N.Scotland. We didn’t hesitate to agree as it was performing a valuable public service that could save lives.

The reception on Youtube has been fantastic and viewers have left comments telling us how it helped them to understand strokes [better], and was a great help in personal situations involving family members. Since then another eight videos have been made on various subjects from Growth Hormone Deficiency to CPR, with funding coming from the charities involved.

The initiative by three doctors to explain strokes seems to have started a trend using animated whiteboard videos to give medical information to patients and the public. Could this method be used as a modern teaching tool for student nurses and doctors? 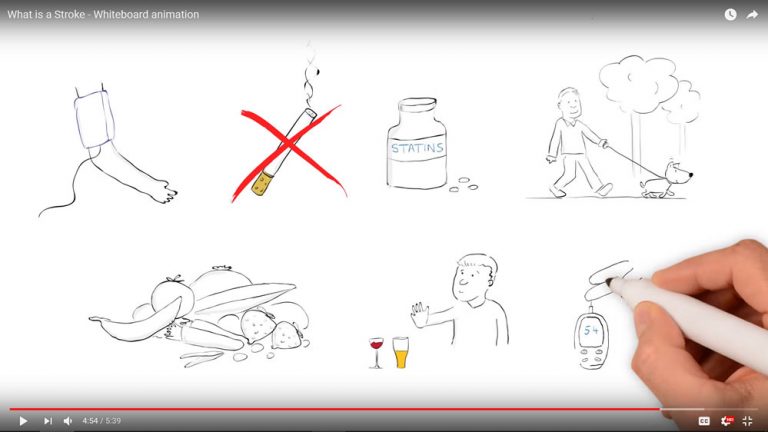